Back to Vivatech Paris 2018 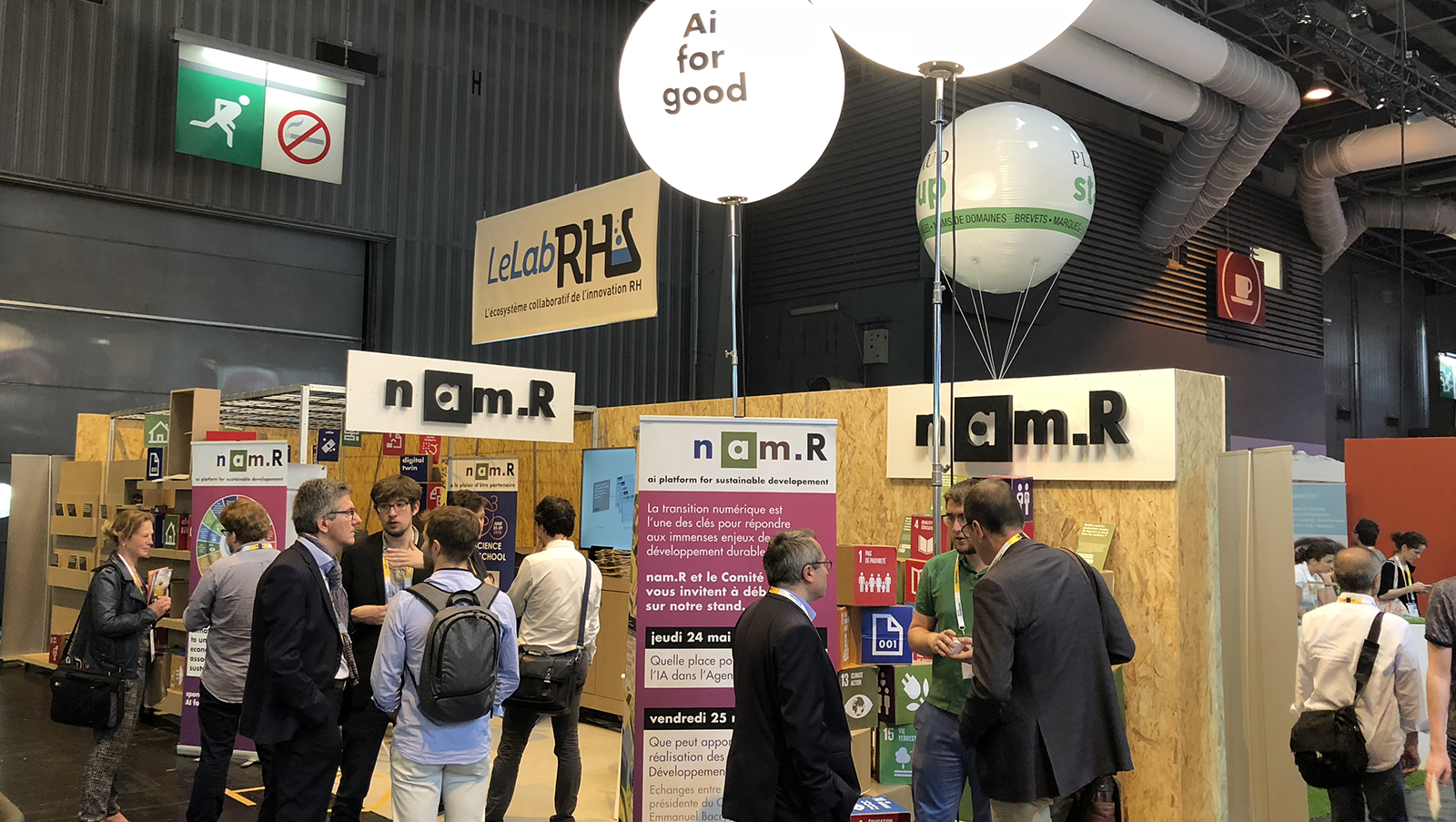 namR was at Vivatech 2018 in Paris

From 24th may to 26th, 2018, the Vivatech fair (organized by Publicis and Les Echos), that took place in Paris gathered about 1800 major start-up from the sector of artificial intelligence, tech and data.

Dedicated to professionals, the fair however opened its doors to a general audience on Saturday may 26th.

Visitors came across holograms, connected items, robots with the appearances of delivery dogs or printed in 3D and more amazing and realistic universe under the helmets of virtual reality that will enable them to go back in time or to put themselves in the shoes of a rally pilot… Most of the exhibitors have display their recent innovations and their use  in a ‘Tech for good’ process.

The team namR has welcomed in his kiosk professionals and visitors eager to discover how we create intelligent datas and put them at the service or ecological transition.

There, Maurice Levy met Gregory Labrousse and the namR experts as well as Mounir Mahjoubi, secretary of state in charge of digital.

In the spotlight this year, a hundred start-up of African tech gathered by Afric@tech were there to demonstrate their potential for global innovation. They were warmly welcome by Emmanuel Macron during his inaugural discourse, and the attention was focus on them during these three days: a lab introduced the young promising entreprises from all over Africa, a cycle of conferences gathered entrepreneurs that have already arisen the curosity of giants of the sector like Google.

In his speech, the President of the Republic also congratulated the actors of tech because the year 2017 was a peak one for French Tech with 2,5 billions euros invested in the start-up of the Hexagon.

Challenge for an entire generation, the datas protection have been widely mentioned by the President. He mentioned the urgent need to build an european sovereignty for datas and the necessity for France to be pioneer, with the design of a new form of regulation at the eve of the enforcement, on friday may 25th, of the “General regulations for datas protection within European Union”.

A few weeks later, in July, The government report, “ Sovereign and geographical datas” shall be released by Valéria FAURE-MUNTIAN, Member of Parliament of la Loire.

The great innovation of the year 2018, was the Viva Tech experience out of Parc des expositions at Porte de Versailles. The organisers proposed this year to the global audience to extend their visit up to Viva on the Docks, a festival that takes place on the quays of Seine. If you’re not a festival fan, visit the start-up in their ephemeral Vivabox by the side of the Seine, at the feet of Alexandre III bridge.

For the rest of the evening, you will have the choice between a concert and a presentation of an innovation in one of the Vivaboat or to go to the Vivanight, at the municipality of Fashion and Design, Austerlitz quay.